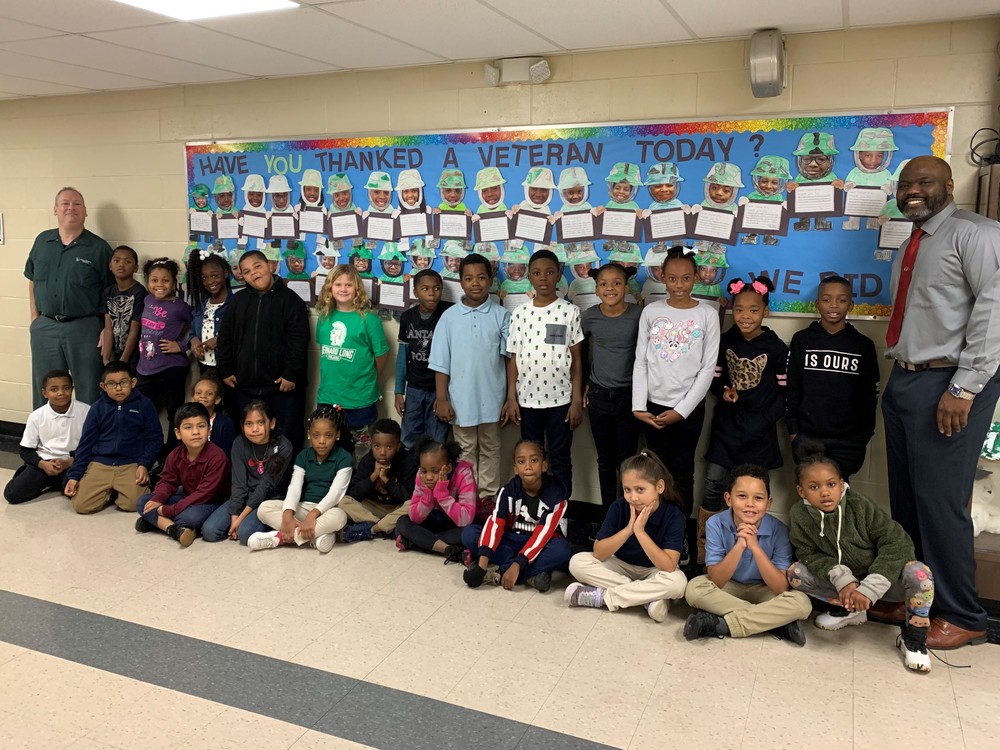 The second grade students from Ms. Rushing and Mrs. Wiggenhorn's classes met and interviewed retired Sergeant First Class Anttwain Dobbins.   He was an operations NCO in the United States Army. Mr. Dobbins obtained his bachelor's degree from Alabama University and received a dual masters in psychology and education.  He is currently working on his doctorate degree at Ashford University. He served in Iraq and Afghanistan for twenty years.

Through great interview questions students learned that Mr. Dobbins did not drive tanks however, he jumped out of air crafts.  He protected children in other countries. He has lived in Asia, Europe, Central and South America, Alaska, Hawaii, and Africa!  He also speaks Spanish and some Korean.

Mr. Dobbins explained to students what the school systems were like in countries in countries in the middle east, where he was stationed.  The students were amazed that girls were unable to attend school in some places. He also talked about the various jobs offered in the army, including teacher.

The students presented Mr. Dobbins with cards, writing kind words of thankfulness, and drawing colorful picturing showing their appreciation for his service.  They then took a photo with Mr. Dobbins and Mr. Dennis, our custodian, who served in the military.